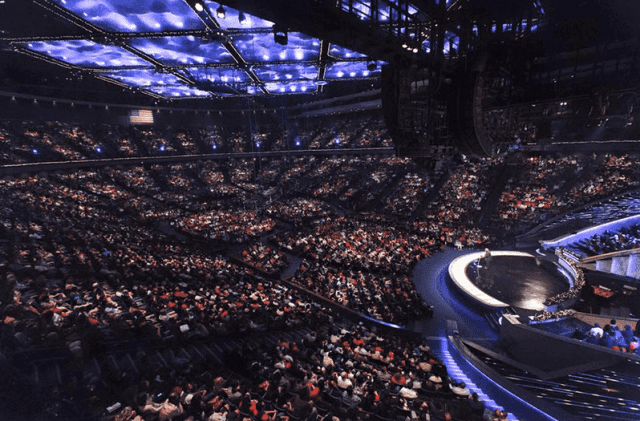 The American church is weak.

It’s an unfortunate truth says Jake McCandless, the head of Prophecy Simplified and the author of the new book “Spiritual Prepper: Tapping Into Overlooked Prophecies To Prepare You For Doomsday.”“Following Christ is not an easy road,” said McCandless. “It’s a blessed road, but it’s not an easy road. And our faithfulness is being challenged in a wide number of ways.”

In America, he said, “because we are blessed to worship with such freedom and to really walk with Christ, there’s no gateway at the beginning where you say, ‘I’m going to be persecuted if I follow Christ.’”

“We’re just weak! We’re not even thinking we could face struggles. And that puts us in a dangerous spot.

“And because of the lack of strength within churches, I think a lot of those who have a heart to live for the Lord are just discouraged. That’s a struggle we face. We just need to know from the get go we’re not being trained up as fast as Christians from the past and in other parts of the world, which makes us susceptible to the challenges we may face.”

McCandless made the comments in a recent interview on the “Freedom Friday” radio show with Carl Gallups, the author of “When The Lion Roars” and a passionate advocate of using prophetic teachings in ministry.

“You seem a little young to be interested in prophecy; there’s not many millennials out there who are interested,” McCandless said he is often told. But he argues exploring prophecy is critical to revitalizing the American church. Gallups also said a study of prophecy is simply a logical extension of the study of the Bible.

“Just about a quarter of Scripture has to do with prophecy, and half of that has to do with the last days, the generation that will just precede the return of the Lord,” he said. “People want that practical connection. What does this mean for me? How then should I live?

“I think it’s changing, but by and large, up until very recently, the church has not paid much attention to prophecy, the millennial generation especially. They kind of mock it and scoff, which of course the Word of God said would happen in the last days.”

McCandless said Christians should understand prophecy is not just about huge grand events during the end times, but about gaining insight into what is happening right now and the specific challenges facing the church.

“Prophecy is avoided by so many,” he said. “And not just pastors, but in the congregations. I go somewhere, and there’s maybe one or two who have a great interest in prophecy; but the great majority of the congregation have just not touched it at all. So they’re needing that just basic level of walking through what Scripture says.

“When we think prophecy, we think we’re going to hear something about the Mark of the Beast, the coming Antichrist, the geopolitical scene at the end times. Now that’s true, and that needs to be taught and there’s a lot out there. But there’s a lot of passages that are very familiar, but we don’t look at them as prophetic. It really got a hold of me that there are passages that describe humanity and especially Christians at the end of the age, in terms of their morality and their faith.

The prophetic prediction of a “falling away” from the faith, McCandless said, deeply informs his ministry. He warns Christians they need to actively prepare for persecution.

“I’m standing in front of the congregation, asking myself if I have done enough to prepare them to stand through these challenges now and in the future,” McCandless said, describing a common experience for him.

It was with the aim of helping Christians meet this challenge that McCandless wrote “Spiritual Prepper.” The book seeks to reinforce the faith of American Christians, especially by describing the circumstances Christians face overseas.

“In the book, I’m walking through what I think are seven to eight direct challenges we’re facing from these overlooked prophecies, especially Matthew 24,” he said.

“I began by talking about the persecution our brothers and sisters are facing in places like Iraq and Syria, where you have parents making a decision for Christ, knowing that could mean their young daughters being sold into sexual slavery. And I contrast that in the beginning of the book with hurt feelings. What I saw the most, when I was a pastor, was the reason people were not regularly participating in church was because they would have their feelings hurt!”

In contrast, McCandless calls for a new spirit of commitment and a passionate search for biblical truth.

“One of the problems is false teaching,” he said. “You find a different kind of church on every corner that’s teaching different things. You can find every 30 minutes or hour on a different television station someone teaching something different. Not everybody’s going to be right when there are that many messages going out, you know? And I think that’s something we really got to get a hold of to find the truth, to be aware of that.”

And McCandless promises that believers who explore these overlooked prophecies and incorporate these teachings will be able to deepen their own faith and strengthen their congregations.

“It’s just missing that next element of going to that next level of your faith and your walk in the Lord,” McCandless commented of American Christianity today.